In 1952 Brewer Funeral Home began operation under the ownership of the late Arthur S. and Constance Brewer.  Current owners, Michael and Patty Miller purchased the funeral home from Craig and Kathy Reukauf on August 12, 1999.

On March 15, 2004, Miller Funeral Home opened its doors as the first and only funeral home in Hamilton County.

Born and raised in Ithaca, Michael is a graduate of Ithaca High School and earned his A.A.S. degree in Mortuary Science from SUNY Canton. His career in funeral service began at E.C. Wagner Funeral Home in Ithaca. He later worked at Beecher Funeral Home, Inc. in Pleasantville, NY. He married Patty Farone in 1988. They settled in Lake Luzerne in 1993, where they have raised their three children, Alyssa, Michael Jr., and Emily. In August of 1999 they purchased Brewer Funeral Home, Inc. and in 2004 opened Miller Funeral Home.

Michael is an avid outdoorsman enjoying much of what the Adirondacks have to offer. He also enjoys riding his Harley Davidson with Patty. He is active in many civic and charitable organizations including the Hadley-Luzerne Lions Club, Patriot Guard Riders, president of Galloway Gaelic Pipes and Drums where he has been a bagpiper for 24 years, a member of Unity Lodge #22, Free and Accepted Masons, where he is past master, The Scottish Rite, and the Oriental Shriners.

Born and raised in Wilton, NY, Patty is a graduate of Saratoga Central Catholic High School, SUNY Canton where she earned an A.A.S. in Medical Laboratory Technology, and Hudson Valley Community College earning an A.A.S. in Mortuary Science.  Patty enjoys the outdoors and spending time with family.  She is a member of the Hadley-Luzerne Lions Club. 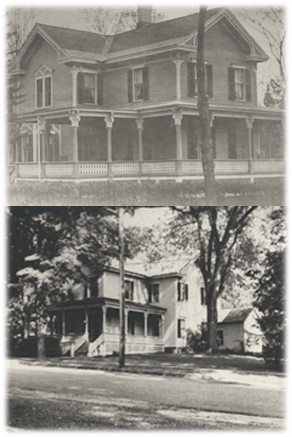