Share a memory
Obituary & Services
Tribute Wall
Read more about the life story of LeRoy and share your memory.

LeRoy was born on April 23, 1953 In New York City. He and his family moved to North Creek in 1953. Leroy graduated from Johnsburg Central school, North Creek,New York in June 1973. He was known in high school as a great basketball player.

After graduation LeRoy took a position at the old Ski Bowl in North Creek where he worked his way up to become Trails Manager.  LeRoy became interested in law enforcement and was appointed to a position as patrolman in the Lake George Village Police Department. LeRoy always considered his many years of service as an officer in the Lake George Police Department as a high calling, and always spoke with great fondness and reverence for the people he worked with and came in contact with as a member of that department.

After moving to Potsdam New York  LeRoy changed careers and took a position as an alcoholism counselor in Potsdam. He retired from that position some eight years ago after being stricken with lung cancer.

LeRoy in many ways was a unique individual who lived life on his own terms. He was a kind and decent man who showed extraordinary courage in fighting, for over eight years the lung cancer that finally took his life. In recent months as his condition worsened and he found it very difficult at times to catch his breath, Leroy always maintained his sense of humor and positive outlook on life.

LeRoy’s memory will live on forever in the hearts of all of us who knew and loved him.

To send flowers to the family or plant a tree in memory of LeRoy Bredenko, please visit our floral store. 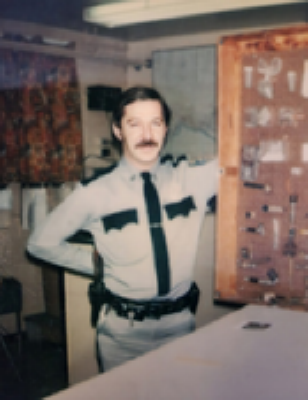 In Loving Memory Of

Look inside to read what others have shared


Family and friends are coming together online to create a special keepsake. Every memory left on the online obituary will be automatically included in the book.

You can still show your support by sending flowers directly to the family, or by planting a memorial tree in the memory of LeRoy Bredenko
SHARE OBITUARY
© 2022 Brewer Funeral Home, Inc.. All Rights Reserved. Funeral Home website by CFS & TA | Terms of Use | Privacy Policy | Accessibility