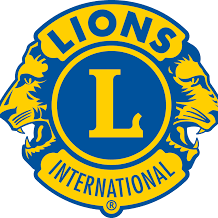 Donald J. O’Neal, 81, passed away at home on May 21, 2021.  He is survived by his wife of 56 years, Marge; his son David (Tammy) O’Neal; and his grandchildren, Megan Tracy, Lisa Barrett and Brian Cutler, Jr..  He is predeceased by his daughter, Margaret O’Neal.

Don was born in Chicago, IL.  He grew up in Bicknell, Indiana.  After graduating, he enlisted in the Navy.  Through his Navy training he became an electrical engineer.  He traveled to many countries while in the service and was in the water between the U.S. and Cuba during tense times.  After several tours in the Navy, Don moved to New York and worked on engineering projects for NASA.

In April of 1965 he married Margaret Geyer in New York City.  They moved to Long Island and raised two children, David and Marjorie.  In 1977 he moved his family to Lake Luzerne to build and own the KOA campground.

Don was an avid hunter with an interest in various types of firearms.  Saturday afternoons meant Notre Dame football to Don.

Don was a member of the Hadley Luzerne Lions Club for over 38 years.  He served in every office from president down.  He was president of the Lake Luzerne Chamber of Commerce.  He was a fire commissioner for the Luzerne Hadley Fire District.

One of Don’s greatest joys in life was being a grandfather to Megan.  Don is greatly loved and will be missed by his family.

Funeral services will be conducted 10 a.m. Wednesday at the funeral home.

Burial will be in Hadley Cemetery, Hadley.

In Don’s memory and in honor of his 38 years of delivering Lions food baskets we request donations be made to the Walter Maxfield Food Pantry, 89 Bay Rd., Lake Luzerne, NY 12846.

To send flowers to the family or plant a tree in memory of Donald J. O'Neal, please visit our floral store.