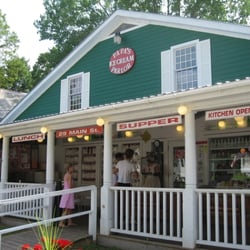 He was born in Lake Luzerne to Franklin and Marie (Phelps) Gardner.  He was a graduate of Hadley Luzerne Central School.

He had been employed by Tetley Tea and Sunshine Biscuit Companies.  He then worked with his father at the family owned Frank’s IGA and following his father’s retirement, took over running the store.  Together, with his wife, he opened the Lake Luzerne Laundromat in the basement of his home and later expanded the business to a second location in Corinth and moved the Lake Luzerne business to its present location.  He also was a bus driver for the Hadley Luzerne School District. After selling the market, he worked for various area food brokerages.  They then purchased the soda fountain from Stone’s Pharmacy, remodeled an existing building on Main Street and opened Papa’s Ice Cream Parlor in 1977 and operated it until 2008, rebuilding after fire destroyed the building in 2002.

Fred was proud to have served 20 years on the Van R. Rhodes Volunteer Fire Company, three years of which he was fire chief.  He was on the Warren County Assistant Fire Coordinator for many years and had served the Town of Lake Luzerne as a councilman and as Justice of the Peace for 6 years.

A Memorial service will be conducted immediately following the visitation at 2 p.m. at the funeral home with Lane Schermerhorn, officiating.

Private burial will be in Luzerne Cemetery at the convenience of the family.